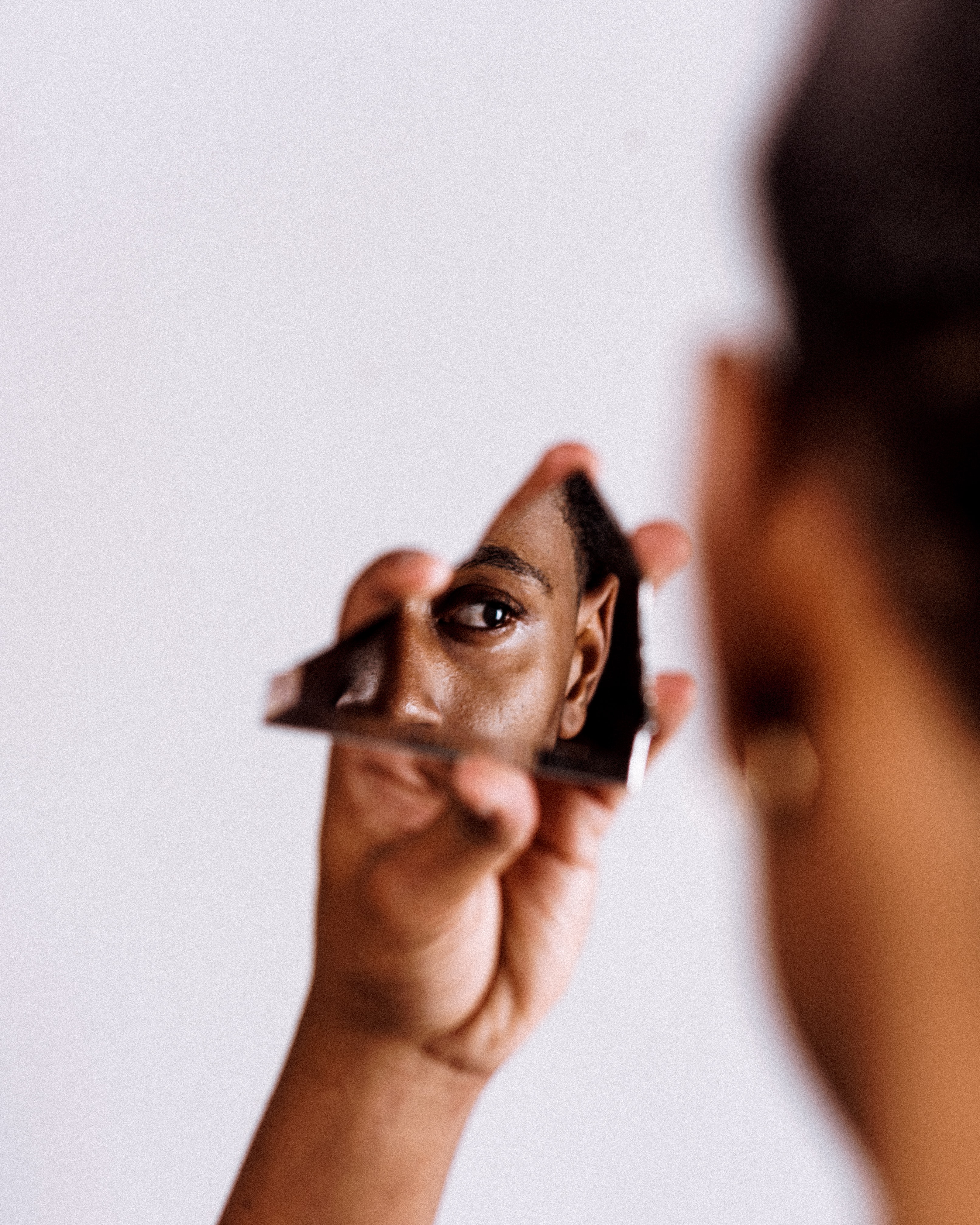 Surviving the ups, downs, and lightning storms of other people’s moodiness can be quite a challenge.  It’s important, though, to remember that some moody, negative people may be going through a difficult stage in their lives.  They may be ill, chronically worried, or lacking what they need in terms of love and emotional support.  Such people need to be listened to, supported, and cared for (although whatever the cause of their moodiness and negativity, you may still need to protect yourself from their behavior at times).

But there’s another type of moody, negative behavior: that of the toxic bully, who will use his or her mood swings to intimidate and manipulate.  It’s this aspect of moodiness that inflicts enduring abuse and misery.  If you observe these people closely, you will notice that their attitude is overly self-referential.  Their relationships are prioritized according to how each one can be used to meet their selfish needs.  This is the kind of toxic behavior I want to look at in this post.

I’m a firm believer that toxic mood swings (like chain letter emails) should not be inflicted on one person by another, under any circumstances.  So how can you best manage the fallout from other people’s relentless toxicity?

If you know someone who insists on destructively dictating the emotional atmosphere, then be clear: they are toxic.  If you are suffering because of their attitude, and your compassion, patience, advice, and general attentiveness doesn’t seem to help them, and they don’t seem to care one bit, then ask yourself, “Do I need this person in my life?”

When you delete toxic people from your environment it becomes a lot easier to breathe.  If the circumstances warrant it, leave these people behind and move on when you must.  Seriously, be strong and know when enough is enough!  Letting go of toxic people doesn’t mean you hate them, or that you wish them harm; it simply means you care about your own well-being.

A healthy relationship is reciprocal; it should be give and take, but not in the sense that you’re always giving and they’re always taking.  If you must keep a truly toxic person in your life for whatever reason, then consider the remaining points…

If you’re not careful, toxic people can use their moody behavior to get preferential treatment, because… well… it just seems easier to quiet them down than to listen to their grouchy rhetoric.  Don’t be fooled.  Short-term ease equals long-term pain for you in a situation like this.  Toxic people don’t change if they are being rewarded for not changing.  Decide this minute not to be influenced by their behavior.  Stop tiptoeing around them or making special pardons for their continued belligerence.

Constant drama and negativity is never worth putting up with.  If someone over the age 21 can’t be a reasonable, reliable adult on a regular basis, it’s time to…

Stand up for yourself.  Some people will do anything for their own personal gain at the expense of others – cut in line, take money and property, bully and belittle, pass guilt, etc.  Do not accept this behavior.  Most of these people know they’re doing the wrong thing and will back down surprisingly quickly when confronted.  In most social settings people tend to keep quiet until one person speaks up, so SPEAK UP.

Some toxic people may use anger as a way of influencing you, or they may not respond to you when you’re trying to communicate, or interrupt you and suddenly start speaking negatively about something dear to you.  If ever you dare to speak up and respond adversely to their moody behavior, they may be surprised, or even outraged, that you’ve trespassed onto their behavioral territory.  But you must speak up anyway.

Not mentioning someone’s toxic behavior can become the principal reason for being sucked into their mind games.  Challenging this kind of behavior upfront, on the other hand, will sometimes get them to realize the negative impact of their behavior.  For instance, you might say:

“I’ve noticed you seem angry.  Is something upsetting you?”

“I think you look bored.  Do you think what I’m saying is unimportant?”

“Your attitude is upsetting me right now.  Is this what you want?”

Direct statements like these can be disarming if someone truly does use their moody attitude as a means of social manipulation, and these statements can also open a door of opportunity for you to try to help them if they are genuinely facing a serious problem.

Even if they say: “What do you mean?” and deny it, at least you’ve made them aware that their attitude has become a known issue to someone else, rather than just a personal tool they can use to manipulate others whenever they want.

And if they persist in denial, it might be time to…

Your dignity may be attacked, ravaged and disgracefully mocked, but it can never be taken away unless you willingly surrender it.  It’s all about finding the strength to defend your boundaries.

Demonstrate that you won’t be insulted or belittled.  To be honest, I’ve never had much luck trying to call truly toxic people (the worst of the worst) out when they’ve continuously insulted me.  The best response I’ve received is a snarky, “I’m sorry you took what I said so personally.”  Much more effective has been ending conversations with sickening sweetness or just plain abruptness.  The message is clear:  There is no reward for subtle digs and no games will be played at your end.

Truly toxic people will pollute everyone around them, including you if you allow them.  If you’ve tried reasoning with them and they aren’t budging, don’t hesitate to vacate their space and ignore them until they do.

Toxic people will likely try to imply that somehow you’ve done something wrong.  And because the “feeling guilty” button is quite large on many of us, even the implication that we might have done something wrong can hurt our confidence and unsettle our resolve.  Don’t let this happen to you.

Remember, there is a huge amount of freedom that comes to you when you take nothing personally.  Most toxic people behave negatively not just to you, but to everyone they interact with.  Even when the situation seems personal – even if you feel directly insulted – it usually has nothing to do with you.  What they say and do, and the opinions they have, are based entirely on their own self-reflection.

Sometimes it makes sense to be sympathetic with toxic people whom you know are going through a difficult time, or those who are suffering from an illness.  There’s no question about it, some toxic people are genuinely distressed, depressed, or even mentally and physically ill, but you still need to separate their legitimate issues from how they behave toward you.  If you let people get away with anything because they are distressed, facing a medical condition, or depressed, even, then you are making it too tempting for them to start unconsciously using their unfortunate circumstance as a means to an end.

Several years ago, I volunteered at a psychiatric hospital for children.  I mentored a boy there named Dennis, a diagnosed Bipolar disorder patient.  Dennis was a handful sometimes, and would often shout obscenities at others when he experienced one of his episodes.  But no one ever challenged his outbursts, and neither had I up to this point.  After all, he’s clinically “crazy” and can’t help it, right?

One day I took Dennis to a local park to play catch.  An hour into our little field trip, Dennis entered one of his episodes and began calling me profane names.  But instead of ignoring his remarks, I said, “Stop bullying me and calling me names.  I know you’re a nice person, and much better than that.”  His jaw literally dropped.  Dennis looked stunned, and then, in a matter of seconds, he collected himself and replied, “I’m sorry I was mean Mr. Marc.”

The lesson here is that you can’t “help” someone by making unwarranted pardons for everything they do simply because they have problems.  There are plenty of people who are going through extreme hardships who are not toxic to everyone around them.  We can only act with genuine compassion when we set boundaries.  Making too many pardons and allowances is not healthy or practical for anyone in the long-term.

7.  Take time for yourself.

If you are forced to live or work with a toxic person, then make sure you get enough alone time to relax, rest, and recuperate.  Having to play the role of a “focused, rational adult” in the face of toxic moodiness can be exhausting, and if you’re not careful, the toxicity can infect you.  Again, understand that even people with legitimate problems and clinical illnesses can still comprehend that you have needs as well, which means you can politely excuse yourself when you need to.

You deserve this time away.  You deserve to think peacefully, free from external pressure and toxic behavior.  No problems to solve, boundaries to uphold, or personalities to please.  Sometimes you need to make time for yourself, away from the busy world you live in that doesn’t make time for you.

The floor is yours…

What are your experiences with toxic people?  What have you done to cope with their behavior?  Please share your thoughts by leaving a comment below.